By studying seismic and orbital data from two major meteorite impacts in late 2021, the international teams of NASA's InSight and Mars Reconnaissance Orbiter missions are refining their knowledge of the Martian interior. Two studies published on 27 October in the journal Science, involving numerous co-authors from French institutions and laboratories, including the CNRS, the Institut de Physique du Globe de Paris, Université Paris Cité, and supported in particular by the CNES and the ANR, provide new constraints that make it possible to validate and refine the models of the planet's internal structure previously proposed, but also of the dynamics of the major impacts and the physics of atmospheric shock waves.

While meteorite impacts shape planetary surfaces in the solar system, it is rare to be able to record signals from high energy impacts. On Earth, our atmosphere protects us! Most meteorites burn up, end up as shooting stars or explode at altitude. Very few reach the ground. And few other bodies in the solar system are equipped with seismometers. Although natural impacts had already been recorded on the Moon, it was impossible to link the strongest of them to a crater image, which would have made it possible to determine their precise characteristics.

On Mars, the impacts previously recorded by the SEIS instrument were within 300 km of the InSight lander and were associated with craters about 10 metres in diameter. These data, via acoustic wave analysis, have already improved our knowledge of the local structure of the crust.

Impacts S1000a and S1094b, on 18 September and 24 December 2021 respectively, left two footprints over 130 m in diameter on the surface of Mars. S1094b is even the largest impact crater of the last few centuries detected on a terrestrial planet, as its 150-metre diameter exceeds the 120-metre diameter of the Wabar crater in Saudi Arabia, which is considered to be the largest impact on the Earth’s surface during this period, several decades before the first seismographs were deployed at the beginning of the 20th century. The same is true on Mars, where no impact of this size had ever been detected by the Mars Reconnaissance Orbiter (MRO) mission since it began its orbital mission 16 years ago.

By combining seismic data from InSight’s SEIS and MRO’s CTX, MARCI and HiRISE cameras, the international teams of the two NASA missions have been able to pinpoint the precise location of these two events in time and space: “The dynamics of the impact and the development of the shock wave have been documented by our seismometer and by the very high-resolution images from Mars Reconnaissance Orbiter. This allows us to better understand how the energy of such a bolide is distributed during the impact in the subsurface and in the atmosphere. In addition, we now have two seismic sources of equivalent magnitude greater than 4, whose position is perfectly known on Mars, and which allow us to validate our models of the internal structure of the upper mantle and the crust, developed in particular in the framework of the MAGIS project,” says Philippe Lognonné, scientific leader of the SEIS experiment at the Institut de Physique du Globe de Paris, second author of one of the two articles, coordinator of the MAGIS project financed by the French National Research Agency (ANR), and a professor at the Université Paris Cité.

The two meteorites hit Mars 3500 km and 7500 km from the Insight landing site. The larger one has an estimated mass of 250-650 tons, for an impact speed of 7.5 km/s. Both released sufficient energy to generate both surface and volume waves that propagated down to the core of Mars.

For Eric Beucler, professor at Nantes Université and co-author of the articles, “These are the first events for which surface waves are clearly visible. This makes it possible to determine the average structure of the Mars crust between the point of impact and InSight“. These crustal thickness measurements are fundamental to understanding the evolution of Mars and have so far only been possible under the InSight station thanks to the volume waves of earthquakes. Other surface wave observations have since been made, in particular after a magnitude 4.7 earthquake detected on 4 May 2022, which will allow these analyses to be completed.

A few weeks before the fourth anniversary of its landing on Mars, the InSight mission and its main instrument, the SEIS seismometer, have made it possible to build the first models of the internal structure of Mars and to observe both the seismicity of the planet and the very strong impacts that a planet with a tenuous atmosphere can encounter.

Thierry Damerval, President and CEO of the French National Research Agency (ANR), said: “With the MAGIS project and these unique data recorded by InSight and MRO, the work of the Franco-American teams at IPGP and Los Alamos National Laboratory (LANL) will enable us to gain a better understanding of the very strong planetary impacts of meteorites.”

Antoine Petit, President and CEO of the CNRS, said: “The planet Mars continues to surprise us. The analysis of the InSight and Mars Orbiter data by international teams, including a large number of scientists from our laboratories, is helping to refine our knowledge of the interior of Mars and demonstrates the importance of these space missions for a better understanding of the solar system. This work prefigures the future FSS (Farside Seismic Suite) lunar mission, which aims to place an autonomous seismometer on the far side of the Moon.”

And for Philippe Baptiste, President of CNES, “These are fantastic results that show the relevance and the very high level of performance of the SEIS instrument. Mars continues to reveal its secrets. With one of the spare SEIS sensors, the FSS mission will take over in 2025 on the Moon. JPL, CNES, IPGP and their partners will then be able to investigate the Moon’s interior for the first time since the Apollo missions.”

> About InSight and SEIS :

JPL manages the InSight mission on behalf of the NASA Science Mission Directorate. InSight is part of the NASA Discovery programme, operated by the Marshall Space Flight Center (MSFC), a NASA facility in Huntsville, Alabama. Lockheed Martin Space in Denver built the InSight spacecraft, including its cruise stage and lander, and supports spacecraft operations for the mission. CNES is the prime contractor for SEIS, and the Institut de Physique du Globe de Paris (Université Paris Cité / IPGP / CNRS) assumes scientific responsibility for it. CNES funds French contributions, coordinates the international consortium (*) and was responsible for the integration, testing and supply of the complete instrument to NASA. The IPGP designed the VBB (Very Broad Band) sensors, tested them before their delivery to CNES and contributes to the operation of the VBBs on Mars.

SEIS and APSS operations are carried out by CNES within FOCSE-SISMOC, with the support of the Centro de Astrobiología (Spain). The SEIS data is formatted and distributed by the Mars SEIS Data Service of IPG Paris, as part of the InSight National Observation Service to which the LPG also contributes, as well as GéoAzur for ‘Sismo at School’ activities. The daily identification of earthquakes is carried out by InSight’s Mars Quake Service, a collaborative operational service led by ETH Zurich, to which seismologists from IPG Paris, the University of Bristol (UK) and Imperial College London (UK) also contribute.

(*) in collaboration with SODERN for the development of the VBBs, JPL, the Swiss Federal Institute of Technology (ETH, Zürich Switzerland), the Max Planck Institute for Solar System Research (MPS, Göttingen, Germany), Imperial College London and the University of Oxford provided the subsystems of SEIS and are involved in the scientific operation of SEIS. The new IPGP website is online!
Within the framework of the celebrations of its centenary and in the continuity of the renewal of its graphic identity, the IPGP is proud to present y... 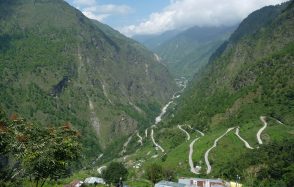 Where do geological CO2 emissions come from?
An international team, including researchers from the IPGP, has developed a technique using radon gas to track CO2 emissions observed at the surface, ... 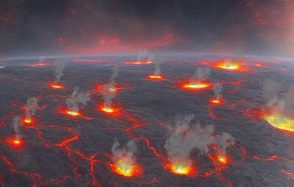 The formation of planetary atmospheres less efficient than anticipated
Researchers from the IPGP - Université Paris Cité show that the degassing of volatiles at the surface of magmatic oceans is far from instantaneous. 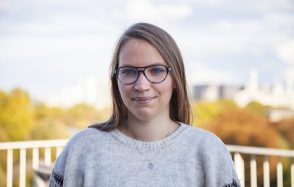